Stand for free speech, against fascism and anti-semitism in Greece!
Prosecute Golden Dawn Neo-Nazis, not Savvas Matsas!
Demonstration 5:30pm Tuesday, September 3
Consulate General of Greece
650 N St Clair St, Chicago, IL 60611
On September 3, Savvas Michail-Matsas, a left-wing activist and intellectual in Greece, faces trial on the outrageous charge of "arousing hate" -- by speaking against the real hate-mongers, the neo-Nazi, anti-immigrant Golden Dawn party! Below is a brief history of this case and some ways to take action, including a demonstration at the Greek Consulate of Chicago, 5:30pm, on the first day of the trial.
What's happening?
This case originates in 2009 when Matsas was involved in organizing a counter-protest to an anti-immigrant rally initiated by Greek fascists. A leaflet from the socialist group EEK, of which Matsas is the visible leader, contained the slogan: “The people don’t forget, they will hang the fascists”. While clearly this references the collective political resistance waged by Greeks against the occupation by fascist Germany and Italy (an experience in living memory in which hundreds of thousands of Greeks and ethnic minorities in Greece were killed), the neo-Nazi Golden Dawn pressed charges, claiming that this was a personal threat.
At the time, Golden Dawn was a marginal political force. In the past several months, with the fascist party's support in polls in the double digits, and widely acknowledged infiltration of police and state agencies, a district attorney has re-opened the case against Matsas and another left-wing antifascist, Konstantinos Moutzouris. In particular, the case against Matsas is tinged with anti-Semitism, with Golden Dawn propaganda pointing to his Jewish background and suggesting that he is part of a "Jewish-Bolshevik" conspiracy. (During World War II, over 8 in 10 Greek Jews were murdered by Nazis).
What can you do?
1. Sign the petition. Supporters of Michail-Matsas and Moutzouris have created a petition, "Reject the Nazi lawsuit - Drop all charges against the Secretary of EEK Savvas Michael -Matsas and the former Rector of the National Technical University of Athens Konstantinos Moutzouris." Please sign it and pass it on to others.http://chn.ge/17WxxC6


2. Have you organization write a letter of support. Send letters of support to savvasmatsas@gmail.com. Some sample letters can be seen at http://diki-savvas.blogspot.com/
3. Attend the Chicago demonstration. We will rally at the Greek Consulate, 650 N St Clair St, Chicago, IL 60611 at 5:30pm on Tuesday, September 3
4. Use Social Media. Spread the word about the trial on Facebook, Twitter, Tumblr and other social media outlets.
Αναρτήθηκε από Unknown στις 6:30 π.μ. 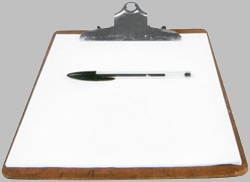 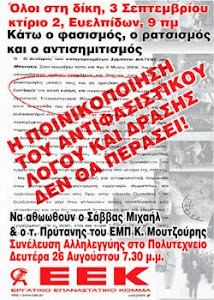 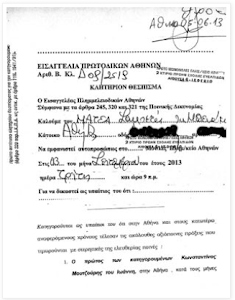